The Fight for Substantive Equality: Women's Activism and Section 15 Of The Charter of Rights

This article discusses the role of women’s groups in the development of section 15 of the Canadian Charter of Rights and Freedoms, the Charter’s principal equality rights guarantee, entrenched in the Constitution in 1981. Thanks to the leadership of Doris Anderson, submissions to the Special Joint Committee on the Constitution from the Canadian Advisory Council on the Status of Women (CACSW), the National Action Committee on the Status of Women (NAC), and the National Association of Women and the Law (NAWL) were instrumental in securing changes to section 15. However, the version in the entrenched Charter still fell short of women’s aspirations.

Mary Eberts, Current: Hensel Barristers, Toronto This article was written when the author was Ariel F. Sallows Chair in Human Rights at the University of Saskatchewan, Saskatoon.

Mary Eberts joined Hensel Barristers as counsel in 2013, after completing her term as Ariel F. Sallows Chair in Human Rights at the University of Saskatchewan. She has litigated in trial or appellate courts in most of the jurisdictions in Canada, in the Federal Court and Court of Appeal, in the Supreme Court of Canada, and at inquests and administrative proceedings, appearing as counsel in many leading cases. She has been litigation counsel for the Native Women’s Association of Canada for over twenty years, and was a co-founder of the Women’s Legal Education and Action Fund (LEAF). She writes and lectures, nationally and internationally, on constitutional and Charter law, Indigenous law, and human rights. Ms. Eberts received her legal education at Western University and the Harvard Law School. She has been a faculty member at the Faculty of Law, University of Toronto, and held the Gordon Henderson Chair in Human Rights at the University of Ottawa. Before opening a specialized litigation practice in 1994, she was a partner at Torys in Toronto.

Beverley Baines. 1981. “Women, human rights and the constitution.” In A. Doerr and M. Carrier, eds. Women and the Constitution in Canada. Ottawa: Minister of Supply and Services, 31-63.

Bowman, Myrna. 1981. “From bad to worse in one easy step: proposed transfer of divorce jurisdiction, an assessment.” In A. Doerr and M. Carrier, eds. Women and the Constitution in Canada. Ottawa: Minister of Supply and Services, 77-93.

Eberts, Mary. 1981. “Women and constitutional renewal.” In A. Doerr and M. Carrier, Eds. Women and the Constitution in Canada. Ottawa: Minister of Supply and Services, 3-27.

Elliott, Robin. 1982. “Interpreting the Charter – Use of the earlier versions as an aid,” UBC Law Review Charter Edition, 11-57.

Fédération des Femmes du Québec. 1981. “Statement on jurisdiction in family law.” In A. Doerr and M. Carrier, Eds. Women and the Constitution in Canada. Ottawa: Minister of Supply and Services, 119-120.

Royal Commission on the Status of Women in Canada. 1970. Report. Ottawa: Information Canada.

Sawer, Marian and Jill Vickers. 2001. “Women’s constitutional activism in Australia and Canada, “Canadian Journal of Women and the Law. 13,1-36. 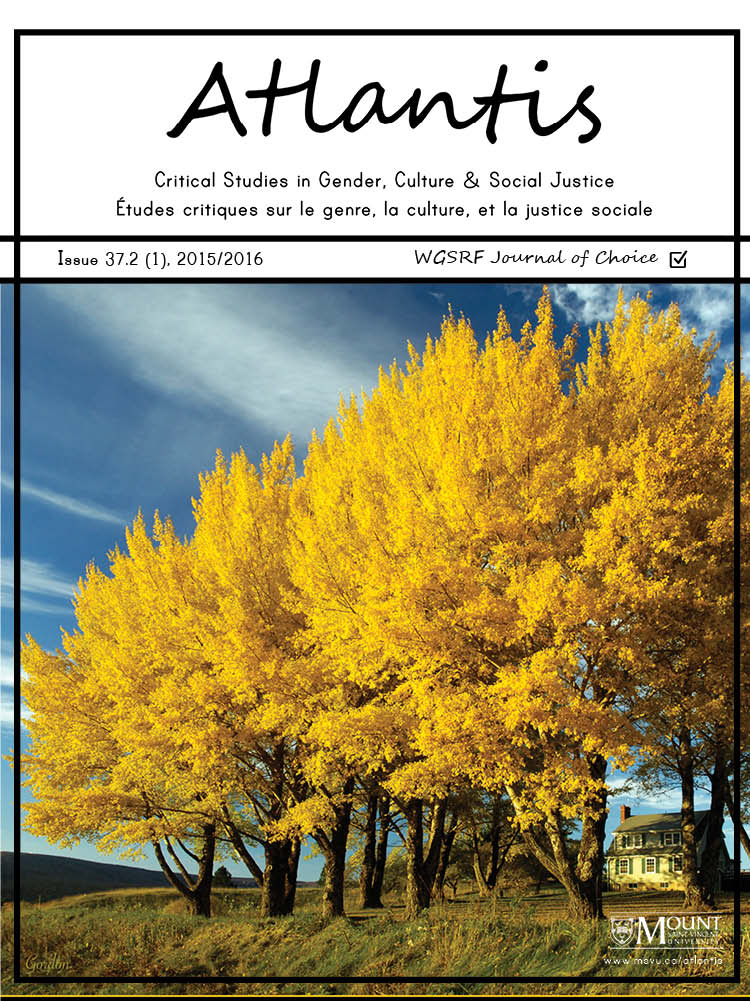 Vol. 37 No. 2 (2015): Critical Perspectives on Canadian Anti-Trafficking Discourse and Policy and Canadian Women Challenge the Constitution

37.2 (1) - Canadian Women Challenge the Constitution: The Story Behind the Story